Cesium Lead Iodide is a perovskite material used as a light absorber in novel perovskite solar cells. Please request a quote above to receive pricing information based on your specifications. 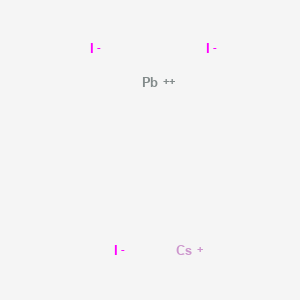