Cobalt Chromium Tungsten is one of numerous metal alloys sold by American Elements under the trade name AE Alloys™. American Elements' alloy products are available in various forms such as powder, bars, ingots, ribbons, wires, sheets, sputtering targets, foils, and custom shapes in both standard and customer-specified element compositions. Our engineers can provide guidance in selecting an alloy based on intended application. Please request a quote above to receive pricing information based on your specifications.

Effects of Precipitant and pH on Coprecipitation of Nanosized Co-Cr-V Alloy Powders. 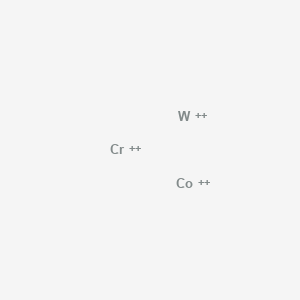