Lead Magnesium Niobate is a piezoelectric polycrystalline ceramic material with applications in optoelectronics and acousto-optics. American Elements produces to many standard grades when applicable, including Mil Spec (military grade); ACS, Reagent and Technical Grade; Food, Agricultural and Pharmaceutical Grade; Optical Grade, USP and EP/BP (European Pharmacopoeia/British Pharmacopoeia) and follows applicable ASTM testing standards. Typical and custom packaging is available. Additional technical, research and safety (MSDS) information is available as is a Reference Calculator for converting relevant units of measurement. Please follow the Contact links above to request a quote, and indicate the quantity and any specifications you require.

Investigation of a Solid-State Tuning Behavior in Lithium Niobate. 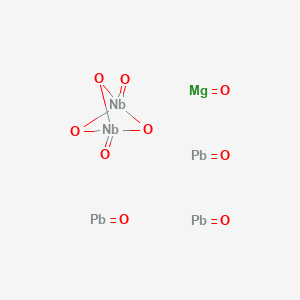