Manganese Naphthenate is a Manganese source that is soluble in organic solvents as an organometallic compound (also known as metalorganic, organo-inorganic and

Bis(6-Diphenylphosphinoacenaphth-5-yl)Telluride as a Ligand toward Manganese and Rhenium Carbonyls. 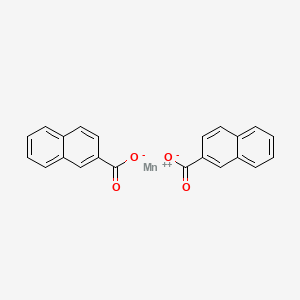