Mangafodipir Trisodium (Manganese(II) dipyridoxal diphosphate trisodium salt, Mn-DPDP) is one of numerous organometallic compounds manufactured by American Elements for pharmaceutical applications. Organometallics are useful reagents, catalysts, and precursor materials with applications in thin film deposition, industrial chemistry, LED manufacturing, and others. American Elements supplies organometallic compounds in most volumes including bulk quantities and also can produce materials to customer specifications. Please request a quote above for more information on pricing and lead time.

Phosphate amendments for chemical immobilization of uranium in contaminated soil.

Simultaneous removal of nitrate/phosphate with bimetallic nanoparticles of Fe coupled with copper or nickel supported on chelating resin. 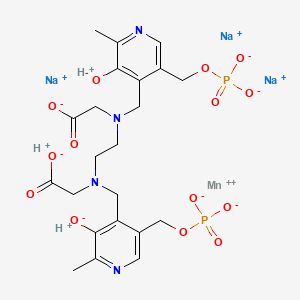