About Potassium Fluoride on Aluminum Oxide

Potassium Fluoride on Aluminum Oxide can be used as a catalyst and supported in various types of chemical reactions. Potassium Fluoride on Aluminum Oxide is generally immediately available in most volumes. American Elements produces to many standard grades when applicable, including Mil Spec (military grade); ACS, Reagent and Technical Grade; Food, Agricultural and Pharmaceutical Grade; Optical Grade, USP and EP/BP (European Pharmacopoeia/British Pharmacopoeia) and follows applicable ASTM testing standards. Typical and custom packaging is available. Additional technical, research and safety (MSDS) information is available as is a Reference Calculator for converting relevant units of measurement.

Customers For Potassium Fluoride on Aluminum Oxide Have Also Viewed 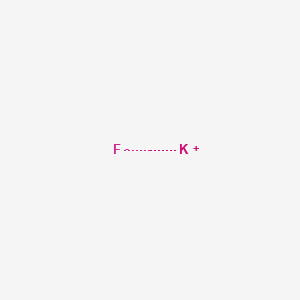