Sodium Borosilicate is a glass material composed of sodium, silica (SiO2) and boron trioxide (B2O3) most often used as laboratory glassware. Sodium borosilicate has numerous other applications and uses such as optical glass for telescope mirrors and for rapid prototyping in fused deposition modeling (a 3D printing technique).

Influence of the type of aqueous sodium silicate on the stabilization and rheology of kaolin clay suspensions. 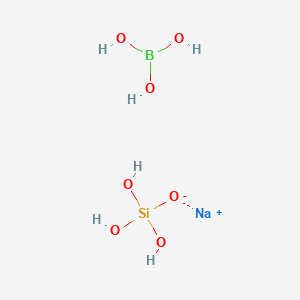