Thallium doped Sodium Iodide is a highly luminescent scintillation crystal available in a wide range of sizes. American Elements can produce most materials in high purity and ultra high purity (up to 99.99999%) forms and follows applicable ASTM testing standards; a range of grades are available including Mil Spec (military grade), ACS, Reagent and Technical Grade, Food, Agricultural and Pharmaceutical Grade, Optical Grade, USP and EP/BP (European Pharmacopoeia/British Pharmacopoeia). We can also produce materials to customer specifications by request, in addition to custom compositions for commercial and research applications and new proprietary technologies. Typical and custom packaging is available, as is additional research, technical and safety (MSDS) data.

Dimerization of the sodium/iodide symporter (NIS).

Nucleophilic Amination of Methoxy Arenes by a Sodium Hydride-Iodide Composite. 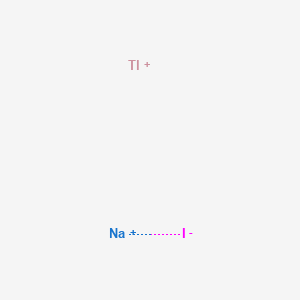