240-930-6
View the history of American Elements on Wikipedia

Customers For cis-Diamminetetrachloroplatinum(IV) Have Also Viewed

Molecular level insight into the effect of triethyloctylammonium bromide on the structure, thermal stability, and activity of Bovine serum albumin. 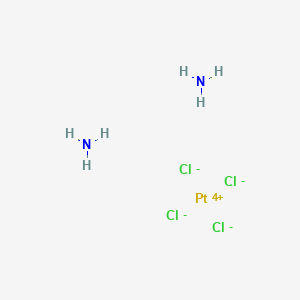