Cobalt Aluminum Oxide is generally immediately available in most volumes. Aluminates are compounds with a negatively-charged alumina ion and a metallic oxide with various industrial applications such as water treatment and ceramics manufacturing. In December 2012, a team of researchers created a unique type of highly-reflective pigment composed of rare earth-doped cobalt aluminate that may have potential use as an energy-efficient exterior coating. High purity, submicron and nanopowder forms may be considered. American Elements produces to many standard grades when applicable, including Mil Spec (military grade); ACS, Reagent and Technical Grade; Food, Agricultural and Pharmaceutical Grade; Optical Grade, USP and EP/BP (European Pharmacopoeia/British Pharmacopoeia) and follows applicable ASTM testing standards. Typical and custom packaging is available. Additional technical, research and safety (MSDS) information is available as is a Reference Calculator for converting relevant units of measurement. 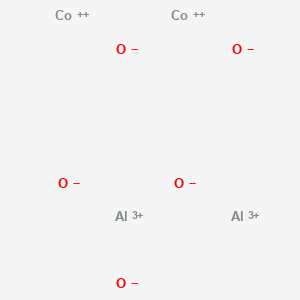