WHOLESALE/SKU 0000-742-256946
CUSTOMER ADVISORY: American Elements does not supply gadolinium for use in ANY form of GBCA (“Gadolinium-Based Contrast Agents”) or for ANY medical, pharmaceutical or nutritional use whatsoever or for the manufacture, testing, or development of ANY such products.

Potassium Gadolinium Tungstate (or KGW) is monoclinic double tungstate crystal used as a laser gain material and for short pulse Raman scattering. KGW single crystals are available in various geometries and dimensions and are available in both coated and uncoated forms. We also produce KGW with rare earth dopants such as Yb:KGW and Nd:KGW American Elements produces to many standard grades when applicable, including Mil Spec (military grade); ACS, Reagent and Technical Grade; Food, Agricultural and Pharmaceutical Grade; Optical Grade, USP and EP/BP (European Pharmacopoeia/British Pharmacopoeia) and follows applicable ASTM testing standards. Typical and custom packaging is available. Additional technical, research and safety (MSDS) information is available. Please request a quote above to receive pricing information based on your specifications.

Structural Insights on 2D Gadolinium Tungstate Nanoflake: A Promising Electrocatalyst for Sensor and Photocatalyst for the Degradation of Postharvest Fungicide (Carbendazim). 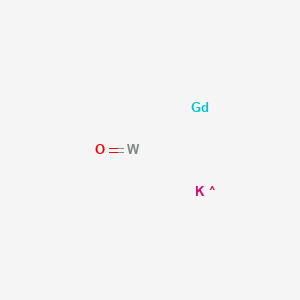