Incorporation of strontium and europium in crystals of α-calcium isosaccharinate. 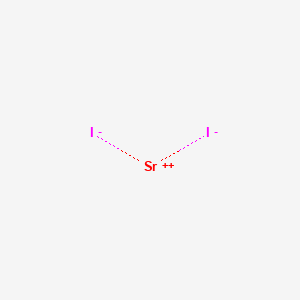