Tris[N,N-bis(trimethylsilyl)amide]lanthanum(III) is one of numerous

Customers For Tris[N,N-bis(trimethylsilyl)amide]lanthanum(III) Have Also Viewed 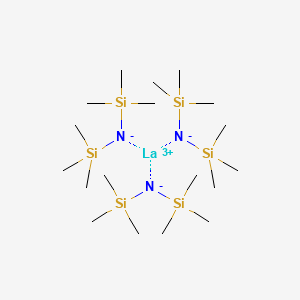