Tris[N,N-bis(trimethylsilyl)amide]yttrium is one of numerous organo-metallic compounds (also known as metalorganic, organo-inorganic and metallo-organic compounds) sold by American Elements under the trade name AE Organo-Metallics™. Tris[N,N-bis(trimethylsilyl)amide]yttrium is generally immediately available in most volumes. High purity, submicron and nanopowder forms may be considered. Additional technical, research and safety information is available.

Customers For Tris[N,N-bis(trimethylsilyl)amide]yttrium Have Also Viewed 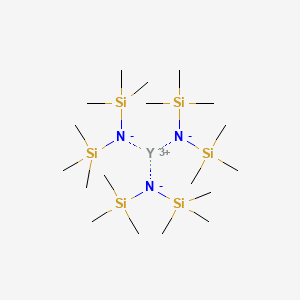