Zinc Tin Antimonide is one of numerous high purity compound semiconductors manufactured by American Elements for advanced electronics and technology applications. Custom compositions of Zn:Sn:Sb are available. We also produce tin antimonide, zinc antimonide, and zinc tin alloy. Please request a quote above to receive pricing information based on your specifications. 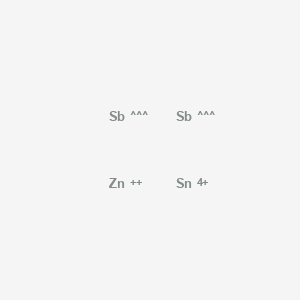