and smallest possible average grain sizes for use in semiconductor, chemical vapor deposition (CVD) and physical vapor deposition (PVD) display and optical applications. Our standard sputtering targets for thin film deposition are available monoblock or bonded with planar target dimensions and configurations up to 820 mm with hole drill locations and threading, beveling, grooves and backing designed to work with both older sputtering devices as well as the latest process equipment, such as large area coating for solar energy or fuel cells and flip-chip applications. Rotary (cylindrical), round, rectangular, square, ring, annular, oval, "dog-bone" and other shaped targets are available in standard, custom, and research sized dimensions . All targets are analyzed using best demonstrated techniques including X-Ray Fluorescence (XRF), Glow Discharge Mass Spectrometry (GDMS), and Inductively Coupled Plasma (ICP). Materials are produced using crystallization, solid state and other ultra high purification processes such as sublimation. American Elements specializes in producing custom compositions for commercial and research applications and for new proprietary technologies. Please request a quote above for more information on lead time and pricing.

Gadolinium borate and iron oxide bioconjugates: Nanocomposites of next generation with multifunctional applications.

Experimental and theoretical approach on the optical properties of zinc borotellurite glass doped with dysprosium oxide. 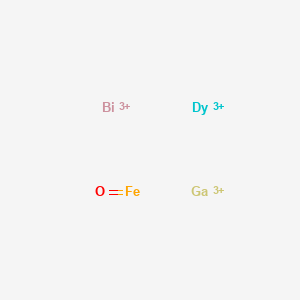