231-115-6
View the history of American Elements on Wikipedia

American Elements manufactures screen-printable Palladium Ink suitable for 3D printing and additive manufacturing applications. Typical and custom packaging is available, as is additional research, technical and safety (MSDS) data. Please contact us for information on lead time and pricing above.

The first example of palladium-catalyzed cascade amidine arylation-intramolecular ester amidation for the synthesis of hypoxanthines: application to the synthesis of 8-azanebularine analogues. 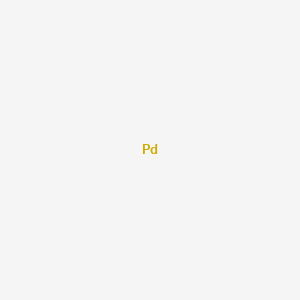