American Elements manufactures Ytterbium(III) Phosphate in both research and bulk quantities. American Elements produces materials to many standard grades when applicable including Mil Spec (military grade), ACS, Reagent and Technical Grades; Food, Agricultural and Pharmaceutical Grades, Optical, Semiconductor, and Electronics Grades, and follows applicable USP, EP/BP, and ASTM testing standards. Most materials can be produced in high and ultra high purity forms (99%, 99.9%, 99.99%, 99.999%, and higher). Standard and custom packaging is available. Additional technical, research and safety (SDS) information is available. Please request a quote above to receive pricing information based on your specifications.

In its elemental form, ytterbium has a silvery-white color. Ytterbium is found in monazite sand as well as the ores euxenite and xenotime. Ytterbium is named after Ytterby, a village in Sweden. Ytterbium can be used as a source for gamma rays, for the doping of stainless steel, or other active metals. Its electrical resistivity rises under stress, making it very useful for stress gauges that measure the deformation of the ground in the even of an earthquake.

A systematic review of the economic evaluations of non-calcium-containing phosphate binders, sevelamer and Lanthanum, in end-stage renal disease patients with hyperphosphatemia.

Magnetite/Lanthanum hydroxide for phosphate sequestration and recovery from lake and the attenuation effects of sediment particles. 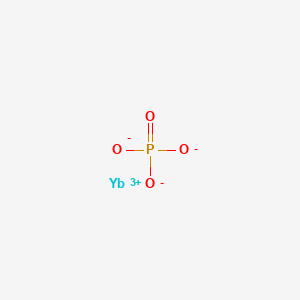