Silver Arsenide is a crystalline solid used as a semiconductor and in photo optic applications.

Fingerprint pattern of bone mineralisation on cemented and uncemented femoral stems: analysis by [18F]-fluoride-PET in a randomised clinical trial.

A new tilt and an old twist on the nickel arsenide structure-type: synthesis and characterisation of the quaternary transition-metal cyanamides AMnSn(NCN) (A = Li and Na).

Study of arsenic (III) removal by monolayer protected silver nanoadsorbent and its execution on prokaryotic system. 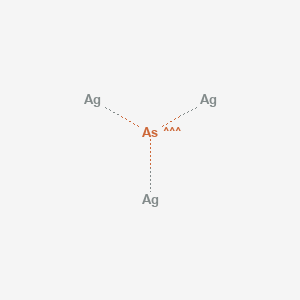