Silver Gallium Selenide (AGSe) is a non-linear optical crystal for frequency doubling of IR radiation, especially for CO2 lasers. American Elements can produce most materials in high purity and ultra high purity (up to 99.99999%) forms and follows applicable ASTM testing standards; a range of grades are available including Mil Spec (military grade), ACS, Reagent and Technical Grade, Food, Agricultural and Pharmaceutical Grade, Optical Grade, USP and EP/BP (European Pharmacopoeia/British Pharmacopoeia). We can also produce materials to customer specifications by request, in addition to custom compositions for commercial and research applications and new proprietary technologies. Typical and custom packaging is available, as is additional research, technical and safety (MSDS) data.

Structural and electronic properties of a van der Waals heterostructure based on silicene and gallium selenide: effect of strain and electric field.

Effect of illumination and Se vacancies on fast oxidation of ultrathin gallium selenide. 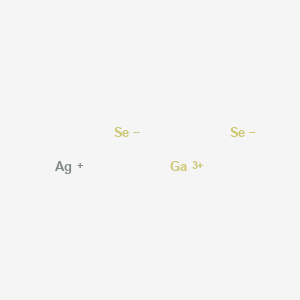