Gold Silver Palladium is one of numerous high purity precious metal alloys for electronics, brazing and other high technology applications. Available forms include powder, plate, rod, wire, sputtering target, and others. We offer standard sizes and shapes in addition to manufacturing unique custom alloys which are tailored to customer requirements. Bulk quantities and term contracts are available for all of our alloy materials. Please contact us with your specifications including desired elemental composition and form to receive a quote for materials.

N-Heterocyclic Carbene-Modified AuPd Alloy Nanoparticles and their Application as Biomimetic and Heterogeneous Catalysts.

High-density defects on PdAg nanowire networks as catalytic hot spots for efficient dehydrogenation of formic acid and reduction of nitrate.

Synergistic Effects of Gold-Palladium Nanoalloys and Reducible Supports on the Catalytic Reduction of 4-Nitrophenol. 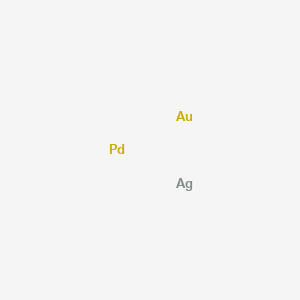